The blue jay is a large songbird that is common in Northern Illinois. A blue jay has a bright blue back with black markings, a white belly and a blue crest atop its head. Wings are blue with black and white bars across them. There is a collar of black feathers around the neck. It has a wide tail that is rounded at the end. Males and females have identical coloration.

Blue jays are omnivorous and consume a wide variety of food, including fruits, seeds, nuts, insects, spiders, small mice, and eggs from other birds. They will also scare away other birds and steal their food. At Cosley Zoo, the blue jay is fed fruits and vegetables, bird seed, a complete insectivore (insect-eater) diet, and insects.

Breeding season occurs from March through July. Blue Jays form pair bonds which usually last until one member of the pair dies. They build nests in trees and shrubs. The female lays three to six eggs per clutch (group of eggs). Eggs are incubated for 17-18 days before hatching. The female primarily incubates the eggs, but males may assist with the incubation. The young fledge (leave the nest) after 17-21 days.

Blue Jays are most often found in woodlands, especially those with some clearings.

Blue jays live to an average of seven years old, although individuals can live much longer, up to 17 years.

Blue jays assist with seed dispersal by hiding seeds and nuts for later use, and occasionally failing to retrieve them. They are popular with birdwatchers due to their striking appearance and high activity level. The species is also a popular sports team mascot. 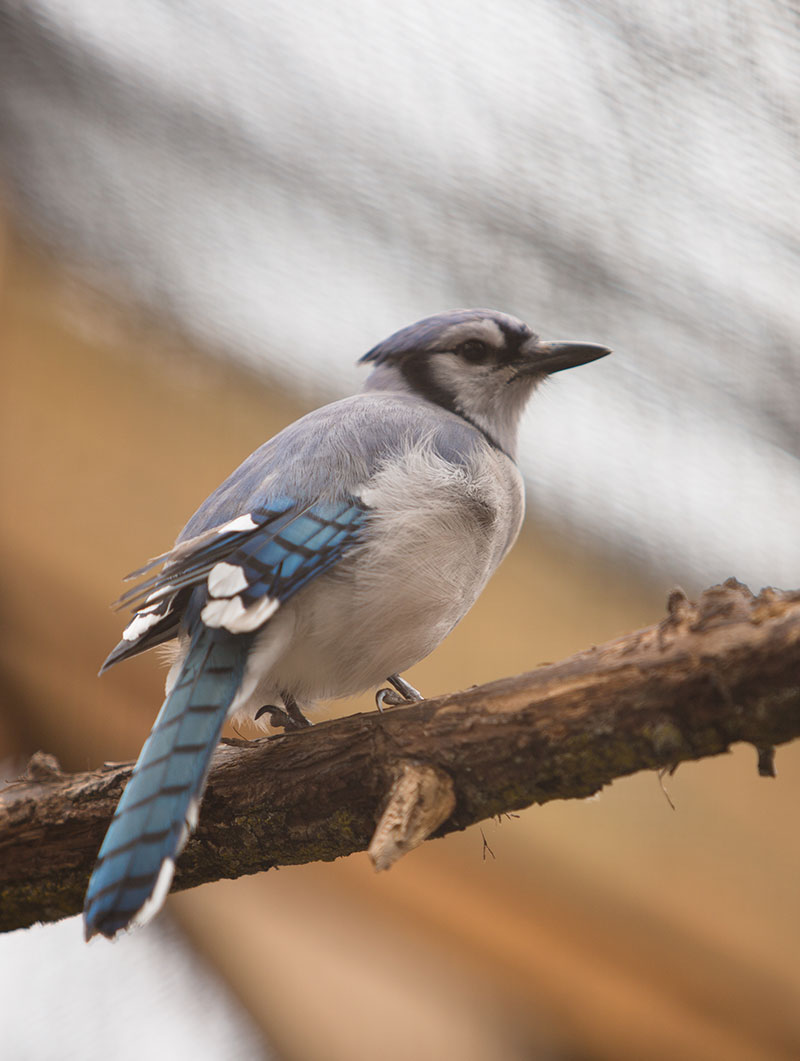